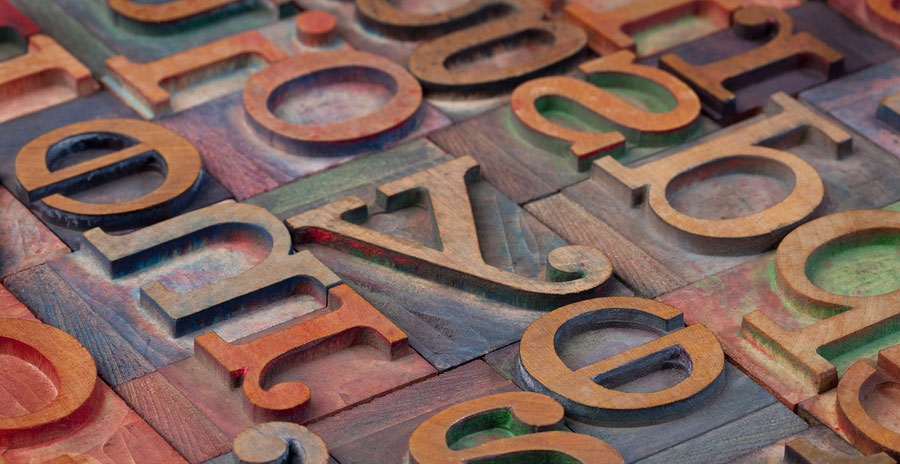 Here is an interesting article about old letters that have been removed from the English alphabet.

Have you ever seen a place that calls itself “ye olde whatever”? As it happens, that’s not a “y”, or, at least, it wasn’t supposed to be. Originally, it was an entirely different letter called thorn, which derived from the Old English runic alphabet, Futhark.
Thorn, which was pronounced exactly like the "th" in its name, is actually still around today in Icelandic. We replaced it with “th” over time—thorn fell out of use because Gothic-style scripting made the letters y and thorn look practically identical. And, since French printing presses didn’t have thorn anyway, it just became common to replace it with a y. Hence naming things like, “Ye Olde Magazine of Interesting Facts” (just as an example, of course). 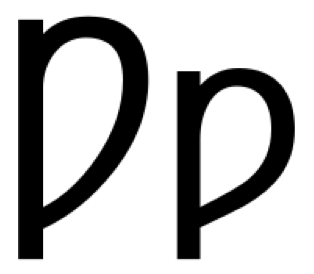 Another holdover from the Futhark runic alphabet, wynn was adapted to the Latin alphabet because it didn’t have a letter that quite fit the “w” sound that was common in English. You could stick two u’s (technically v’s, since Latin didn’t have u either) together, like in equus, but that wasn’t exactly right.
Over time, though, the idea of sticking two u’s together actually became quite popular, enough so that they literally became stuck together and became the letter W (which, you’ll notice, is actually two V’s). 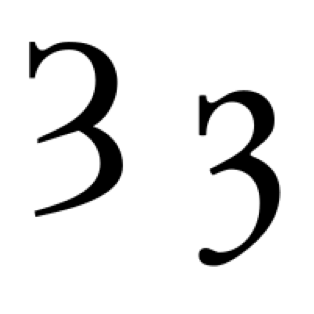 Yogh stood for a sort of throaty noise that was common in Middle English words that sounded like the "ch" in "Bach" or Scottish "loch."
French scholars weren’t fans of our weird non-Latin letters and started replacing all instances of yogh with “gh” in their texts. When the throaty sound turned into "f" in Modern English, the "gh"s were left behind."

You’re probably familiar with this guy from old-fashioned Greek or Roman style text, especially the kind found in churches. It’s even still used stylistically in words today, like æther and æon.
What you may not know, however, is that at one time the ae grapheme (as it’s now known) was an honorary English letter back in the days of Old English. It still had the same pronunciation and everything, it was just considered to be part of the alphabet and called “æsc” or “ash” after the ash Futhark rune, for which it was used as a substitute when transcribing into Latin letters.

Eth is kind of like the little brother to thorn. Originating from Irish, it was meant to represent a slightly different pronunciation of the “th” sound, more like that in “thought” or “thing” as opposed to the one found in “this” or “them.” (The first is the voiceless dental fricative, the second is the voiced dental fricative).
Note that, depending on your regional accent, there may not be much of a difference (or any at all) in the two pronunciations anyway, but that’s Modern English. Back in the old days, the difference was much more distinct. As such, you’d often see texts with both eth and thorn depending on the required pronunciation. Before too long, however, people just began using thorn for both (and later “th”) and so eth slowly became unnecessary. 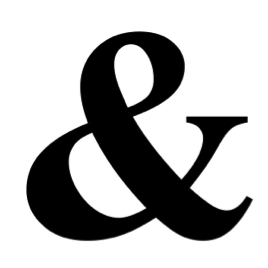 Today we just use it for stylistic purposes (and when we’ve run out of space in a text message or tweet), but the ampersand has had a long and storied history in English, and was actually frequently included as a 27th letter of the alphabet as recently as the 19th century.
In fact, it’s because of its placement in the alphabet that it gets its name. Originally, the character was simply called “and” or sometimes “et” (from the Latin word for and, which the ampersand is usually stylistically meant to resemble). However, when teaching children the alphabet, the & was often placed at the end, after Z, and recited as “and per se and,” meaning “and in and of itself” or “and standing on its own.”
So you’d have “w, x, y, z, and, per se, and.” Over time, the last bit morphed into “ampersand,” and it stuck even after we quit teaching it as part of the alphabet. 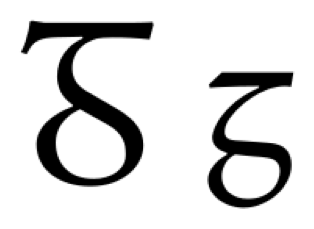 This letter (referred to as “insular G” or “Irish G” because it didn’t have a fancy, official name) is sort of the grandfather of the Middle English version of yogh. Originally an Irish letter, it was used for the previously mentioned zhyah/jhah pronunciation that was later taken up by yogh, though for a time both were used.
It also stood alongside the modern G (or Carolingian G) for many centuries, as they represented separate sounds. The Carolingian G was used for hard G sounds, like growth or good, yogh was used for “ogh” sounds, like cough or tough, and insular g was used for words like measure or vision.
As Old English transformed into Middle English, insular G was combined with yogh and, as mentioned earlier, was slowly replaced with the now-standard “gh” by scribes, at which point insular G/yogh were no longer needed and the Carolingian G stood alone (though the insular G is still used in modern Irish). 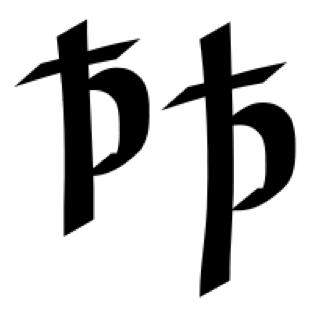 Much like the way we have a symbol/letter for “and,” we also once had a similar situation with “that,” which was a letter thorn with a stroke at the top. It was originally just a shorthand, an amalgamation of thorn and T (so more like “tht”), but it eventually caught on and got somewhat popular in its own right (even outliving thorn itself), especially with religious institutions. There’s an excellent chance you can find this symbol somewhere around any given church to this day. 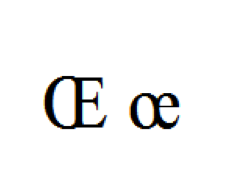 Similar to Æ/ash/æsc above, the digraph for OE was once considered to be a letter as well, called ethel. It wasn’t named after someone’s dear, sweet grandmother, but the Furthark rune Odal, as œ was its equivalent in transcribing.
It was traditionally used in Latin loan words with a long e sound, such as subpœna or fœtus. Even federal was once spelled with an ethel. (Fœderal.) These days, we’ve just replaced it with a simple e.

Long before there were stenographers, a Roman by the name of Marcus Tullius Tiro (who was basically Roman writer Cicero’s P.A.) invented a shorthand system called Tironian notes. It was a fairly simple system that was easily expanded, so it remained in use by scribes for centuries after Tiro’s death.
One of the most useful symbols (and an ancestor to the ampersand) was the “et” symbol above—a simple way of tossing in an “and.” (And yes, it was sometimes drawn in a way that’s now a popular stylistic way of drawing the number 7.) When used by English scribes, it became known as “ond,” and they did something very clever with it. If they wanted to say “bond,” they’d write a B and directly follow it with a Tironian ond. For a modern equivalent, it’d be like if you wanted to say your oatmeal didn’t have much flavor and you wrote that it was “bl&.”
The trend grew popular beyond scribes practicing shorthand and it became common to see it on official documents and signage, but since it realistically had a pretty limited usage and could occasionally be confusing, it eventually faded away.

You may have seen this in old books or other documents, like the title page from Paradise Lost above. Sometimes the letter s will be replaced by a character that looks a bit like an f. This is what’s known as a “long s,” which was an early form of a lowercase s. And yet the modern lowercase s (then referred to as the “short s”) was still used according to a complicated set of rules (but most usually seen at the end of a word), which led to many words (especially plurals) using both. For example, ?uper?titous is how the word superstitious would have been printed.
It was purely a stylistic lettering, and didn’t change the pronunciation at all. It was also kind of silly and weird, since no other letters behaved that way, so around the beginning of the 19th century, the practice was largely abandoned and the modern lowercase s became king.

For this particular letter, we can actually point to its exact origin. It was invented by a scribe named Alexander Gill the Elder in the year 1619 and meant to represent a velar nasal, which is found at the end of words like king, ring, thing, etc.
Gill intended for the letter to take the place of ng entirely (thus bringing would become bri?i?), and while it did get used by some scribes and printers, it never really took off—the Carolingian G was pretty well-established at that time and the language was beginning to morph into Modern English, which streamlined the alphabet instead of adding more to it. Eng did manage live on in the International Phonetic Alphabet, however. 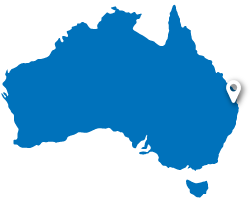